Заметки на английском: what goes around comes around

I’m subscribed to a newsletter from the film-english blog. As soon as a new lesson gets published I see it in my inbox. The last one is called «We’ve all been there» and features a short film with the same title. The story that inspired this film is entitled What goes around comes around* and it made me think about this proverb that in Russian goes like «Как аукнется, так и откликнется» или в более современной версии «Каков привет, таков и ответ».
Until very recently it was one of my basic priciples — what goes around comes around, so don’t treat others the way you don’t want to be treated. And I did try not to hurt anyone or do anything that I would like other people to do to me. But a few days ago we discussed this matter with a friend and she asked me if I truly believed that people who hurt me in the past did got hurt afterwards. Well, I suppose so, I answered. I don’t keep up with those people so I cannot know for sure. But I began to feel doubtful. And what do you believe?
And short film from the lesson is delightful and it deals with the bright side of the saying: the good you have done will come back to you.
Enjoy!

WE’VE ALL BEEN THERE :: Short Film from Truce Films on Vimeo. 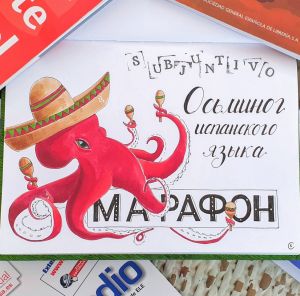